A top commander of the Mai Mai rebel movement has been gunned down in Minembwe, South Kivu, Democratic Republic of Congo near the Rwanda-Burundi border.

Col Njwapa was killed on Monday, 16 September 19, by Twirwaneho, a local Defence Unit of the embattled Banyamulenge community living in Minembwe. For months, Rwanda’s special forces with their Burundian ally of Red Tabara with Mai Mai militias attached to Rwanda, have been attacking Banyamulenge settlements in Southern Kivu.

“He was shot dead from the battlefield where he was commanding Mai Mai rebels who were shooting at our local Defence forces,” said Alexis Byicaza Sebatware, Head of Innovative Forces for Union and Congolese Democracy In DRC.

For nearly a year, the satanic system ruling Rwanda has been accusing Banyamulenge of supporting Gen Kayumba Nyamwasa and his RNC, accusations which were refuted by UN report written by panel of experts. 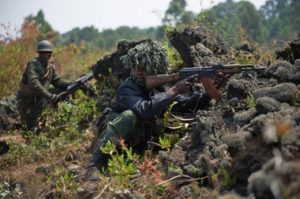 In the recent fighting, Col Njwapa, his Mai Mai, Rwanda special forces, Burundian Red Tabara and FNL have been conducting an offensive to capture Minembwe Airport, a prize that criminal Paul Kagame wants at all cost. And Col Njwapa and his Mai Mai militias have for so long been rampaging and conducting scorched-earth military campaigns in South Kivu with support of Rwanda special forces and their Burundian Red Tabara allies.

The body of the deceased was by last night on the battlefield where heavy fighting occurred between the attackers and the indigenous Banyamulenge forces. 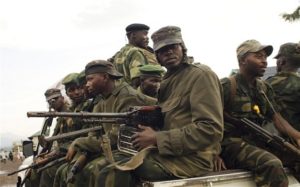 Hundreds of herds of cattle of the Banyamulenge, an ethnic Tutsi community which has lived in South Kivu for the last 200 years, were also looted by rebels.