“PASTOR” CHARLES MUGISHA, A SCUMBAG, A MUFERE/CONMAN, A DMI AND A KAGAMIST SYCOPHANT. PART 1

Forget about the popular preacher, Apostle Paul Gitwaza who was pushed out of the enclave due to regime interferences in his Zion Temple Celebration Center churches. Forget about Bishop Innocent Rugagi who was made to flee from his mother land due to constant interference into his church by the dreaded DMI terrorist. Today, I introduce you “pastor” Charles Mugisha another untouchable within the mafia ruling gang.

To use the pastor tag while describing one of criminal Paul Kagame’s thug is totally unfair to genuine pastors out there; men and women of God who are striving to make this world a better place. While other churches have faced all sorts of persecution and DMI interferences including paying monthly/yearly contributions to RPF coffers, New Life Bible Church of “pastor” Charles Mugisha has remained untouched; the only pastor that marauding DMI thugs fear.

“Pastor” Charles Mugisha isn’t an average Rwandan facing the wrath of authoritarianism, but he is part of the system, an insider within criminal Paul Kagame’s kitchen regime. In short, he is the system.

During the day, “pastor” Charles Mugisha is waving to Jesus in presence of gullible church goers. At night, the pastor is waving at Rwand’s well known Satan as they plan to plunder the impoverished enclave.

It is well known that “pastor” Charles Mugisha is the richest “pastor” in Rwanda. The richness hasn’t been acquired through proper legal channels but rather through deception, embezzlement, fraud and trickery; all with the help of his criminal mindset partner, Paul Kagame.

Pastor Richard Warren is the founder of Saddleback evangelical megachurch in
Lake Forest, California which is the sixth-largest megachurch in the United States (including multi-site churches).

Charles Mugisha’s church, it’s the only church in Rwanda that Rwanda’s foreign affairs ministry recommends diplomats and expatriates to attend. And this was done under the directive from criminal Paul Kagame. In short, it’s a junta regime church.

1) As noted above, Charles Mugisha is a schemer who was represented to Pastor Richard Warren in order to defraud charity aid funds from Saddleback church.

2) The fake “pastor” has always been used by criminal Paul Kagame to launder his stolen wealth, the wealth which he has plundered from impoverished Rwanda and DR Congo. Mugisha Charles has used his mafia church registration of New Life Bible Church as a vehicle of Laundering criminal Paul Kagame’s ill gotten wealth. 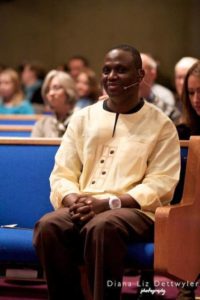 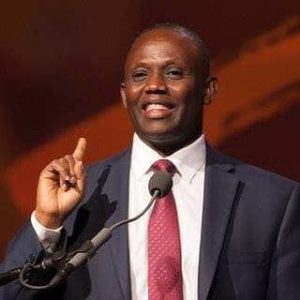