In a WhatsApp audio to his close friends in diaspora, assassinated gospel singer Kizito Mihigo noted, “all those who participated in my miseries or planning to take my life will never have peace in this world. I know I will be killed, but God has promised me the wrath which will follow those who have participated to my miseries will be unimaginable. Last night I had a vision instructing me to fast for 40 days.”

After the assassination of gospel singer Kizito Mihigo, DMI operative Burasa Jean Gualbert noted, “another enemy gone, this isn’t a time to cry but to celebrate. If you play with fire you should expect the consequences.”

After the assassination of Col Patrick Karegeya by Directorate of Military Intelligence (DMI) on the night of 31st December 2013, Burasa Jean Gualbert noted, ” I have just received the best new year gift. Col Karegeya is dead.” Senior DMI operative Burasa Jean Gualbert has celebrated miseries, sufferings and deaths inflicted upon innocent citizens by a brutal satanic regime that he served. He mocked orphans, widows, family members and friends of those who have lost loved ones at the hands of criminal Paul Kagame’s brutal regime. 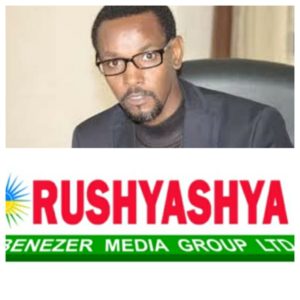 On Monday, 20th April 20, Burasa Jean Gualbert got a serious stroke and he was rushed to CHUK hospital and later transferred to King Faisal hospital in Kigali. He arrived at the hospital while unconscious, and yesterday, 23rd April 20, he had a brain operation. According to those close to him, his stroke was caused by blood clot in the brain.

Since 2002, when death merchant Jack Nziza recruited him, Burasa Jean Gualbert became a critical asset in DMI operations. At this time, death merchant Jack Nziza was still a colonel and intelligence supremo, heading criminal Paul Kagame’s terrorism organisation – DMI. Over the years, Burasa Jean Gualbert became an integral asset of DMI to the extent of having access to criminal Paul Kagame.