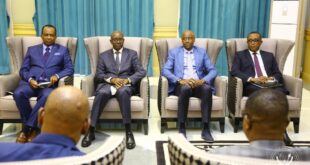 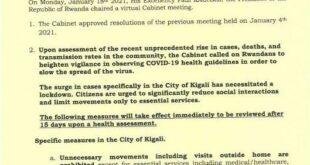 DICTATOR PAUL KAGAME PUTS HIS OPPRESSED AND ENSLAVED CITIZENS INTO A TIGHTER LOCKDOWN. 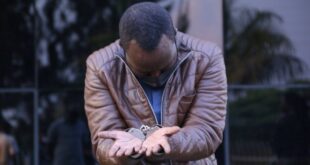 On November 7, 2020, while the world was focused on election drama in America, in the greatlakes region, DR Congo’s accidental president – Felix Tshisekedi sent a delegation to Kigali to thank his real boss, criminal Paul Kagame, especially the good bilateral relationship between their governments.

One critical point about this meeting between criminal Paul Kagame and a delegation from accidental president Felix Tshisekedi, its the presence of treacherous assassin Gen James Kabarebe in the meeting. Treacherous assassin Gen James Kabarebe is the overall war lord of nearly all armed militias in DR Congo. And General Kabarebe being present in this meeting in Kigali, it wasn’t by mistake, the ruthless and greedy commander of J3 has tremendous influence in DR Congo, both in DR Congo government, DR Congo army and in various armed militias.

What we know, it’s a master puppet relationship. In this case, a master being criminal Paul Kagame and a puppet being DR Congo’s accidental president.

The photo below was taken on Saturday, November 7, 2020. Criminal Paul Kagame with DR Congo delegation which was sent by Felix Tshisekedi to thank him for their excellent relationship. Present in the photo, are Rwanda’s well known prolific assassins, treacherous assassin Gen James Kabarebe and Maj Gen Joseph Nzabamwita.