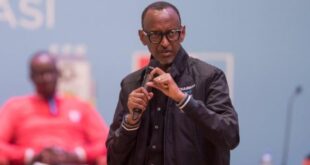 Michela Wrong’s Book, Do Not Disturb Is the Reason Kagame Is Mad at Uganda. 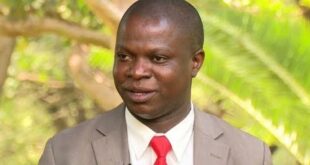 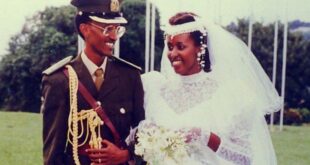 My name is Theogene Rudasingwa, and I appreciate Sir Edward Clay’s review of Michela Wrong’s book “Do not Disturb.”

I am one of the millions of actors in Rwanda’s seemingly never-ending drama. I am one of those who have met Michela Wrong, and my story is part of her narrative in the book. I am one of those refugees who took arms in 1990 to invade Rwanda from Uganda in 1990. I served as a battlefield doctor before I took up diplomatic missions on behalf of the Rwandese Patriotic Front (RPF), the Secretary General of the RPF, before I became Rwanda’s Ambassador to the United States and finally President Kagame’s Chief of Staff until 2004 before ultimately I went into exile in 2005.

The question that Sir Clay asks is a pertinent one. Why did we, who served the system, build it that way and kept quiet for so long?

I have reflected on that for a long time. I can answer for myself. It is a deeply personal question, and I believe we answer it differently at different times.

The question that Sir Clay asks is a pertinent one. Why did we, who served the system, build it that way and kept quiet for so long?

First, there is the group identity challenge. Where ethnic identities are sharp and injustice/victimhood/perpetrator take the shape of Hutu, Tutsi, (and the long forgotten Twa) and regional group identities, conflict becomes an existential zero-sum game. That is how Hutus felt in before 1959. That is how Tutsi felt in 1959, when the Tutsi monarchy lost power as the Hutu revolution brought forth new realities. That is how Tusti and southern Hutu felt in 1973 when there was a Hutu cleavage within Hutu power, and in 1994 when the largely Tutsi RPF captured state power. In moments of danger, the usual group survival instinct kicks in. Cyclically, Hutu and Tutsi become victors and losers, victims and perpetrators, but both communities caught up in power struggles between and among ethnic/ based cliques who benefit from, and enforce,  rule on behalf of absolute rulers.

Thus, in 1994, I felt that Kagame, despite my knowledge that he was a violent man who never pretended he had democratic credentials, wielded enough power to prevent Tutsi being totally annihilated by Hutus. A deceptive, selfish, and yet arguable position back then in light of genocide.

Second, the rise of Kagame to unchallenged, unchallengeable absolute rule came slowly as he deliberately devised mechanisms of dividing his peers and subordinates, each in their own corner, compartmentalized, and often working at cross-purposes. As he slowly amassed enormous resources within the intelligence establishment that underlies every feature of life in Rwanda, the party and the government, he was able to reward blind loyalty, and punish any real or perceived hint of disagreement with deadly force by death, disappearance, exile, jail or – the infamous “agatebe” (sit, do nothing and wait).

To make a decision about departure from the system is a question of life and death, especially if you have been close enough to Kagame to know where the skeletons are kept. Kagame has sentenced me to 24 years in jail, and has tried repeatedly to assassinate me. “Do Not Disturb” describes in gruesome details some of these assassination plans.
Third, being a revolutionary before being in power, and being one in power are totally different things. Power is tempting, Power corrupts. For sons and daughters born and brought up in poverty, in refugee camps, all of a sudden there are resources and privileges you can access from the state, and the intelligence and party that control it on behalf of the absolute ruler. There are myriads of ways that tie you to the system, making you deeply in debt as you serve as a cog in the wheel of the totalitarian state. To cut yourself from this seamless web of control is to cut the umbilical cord that seems to nourish you while it saps your physical, mental, intellectual, social, and spiritual essence.

Fourth, the genuinely revolutionary early years create a bondage of brotherhood and sisterhood that outsiders would not, and never would, understand. While some hang on to the idealism of creating  a radical and new dispensation, a few plot to construct a new power dynamic to their own advantage. Breaking from the bondage of this brotherhood and sisterhood is the most painful divorce and alienation you could ever wish for. It ultimately means you will be shunned by your own family, shamed by fellow comrades for having betrayed the cause, and castigated by the ethnic and regional kith and kin for being a sell-out. You leave what you know best without having discovered what you are embracing.  And  for me who has lived 50 out of my 60 years of life as a refugee, exile is not an attractive option. The people you meet on the other side always look at you with well-founded suspicion, always suspecting you are working for the system, spying on them. A break with the system is burning all bridges,  falling over a cliff, and not knowing what to expect next. Uncertainty and pain  best describe the revolutionary who has fallen from grace.

Last but not least, I had to go through an internal crisis to respond to my conscience, asking how much I could go on living a double life of lying on behalf of the system, and measuring that against who really I was, and the founding idealism of what our struggle and enormous sacrifices entailed.

As for Kagame still standing tall, I beg to offer a different take. You can be in power, and for long, but remain an impoverished, diminished, insecure and blood-stained dictator who enforces rule by the bayonet, the bullet, and deception. That can not be all the time, history teaches us.

Like Sir Clay and many others, I do strongly recommend Michela Wrong’s “Do Not Disturb”.

Previous TREACHEROUS ASSASSIN GEN JAMES KABAREBE SEEN BY MY MAJORITY OF RDF PERSONNEL AS A BETTER ALTERNATIVE FOR THE PRESIDENCY.
Next UGANDA AND EGYPT SIGN A MILITARY INTELLIGENCE COOPERATION DEAL.