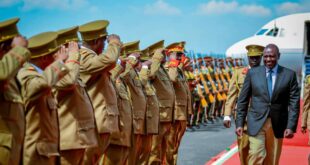 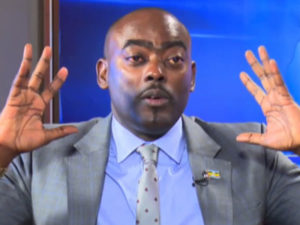 Fred Mukasa Mbidde a Munyarwanda in a borrowed baganda name, a former RPA soldier and a notorious DMI operative in Uganda with a direct contact to Pilato, is also a great friend to the enclave’s foreign minister – Richard Sezibera.

Fred Mukasa Mbidde is a notorious DMI operative under Uganda opposition cover. The opposition tag is a cover pretext for his DMI intelligence work. His main source of income has always been intelligence operations thus unexplained accumulation of his wealth.

Jiggers and Kawukumi who are national threats to security and sovereignty of a Nation have to be uprooted by all means.

No country should tolerate foreign spies and double agents who are a threat to national security of a sovereign state.

NO TO DMI AGENTS AND DOUBLE AGENTS. UGANDA IS A SOVEREIGN AND INDEPENDENT COUNTRY. YOU SHOULDN’T ALLOW DMI AND DOUBLE AGENTS TO TURN THE COUNTRY LIKE THE WAY THEY TURNED DR CONGO INTO A FAILED STATE. DMI HAS BEEN TRYING IT IN BURUNDI AND THEY ARE STILL FAILING.

WE SHALL CONTINUE UNCOVERING LINKS BETWEEN THIS NOTORIOUS DMI OPERATIVE AND SATANIC CRIMINALS WHO RULE THE ENCLAVE.

Previous FLASH BACK – 2018: CLARE AKAMANZI, A CONCUBINE – DEFACTO FIRST LADY, A UGANDAN MERCENARY, UNCULTURED SYCOPHANT, HATED BY ANGE KAGAME AND NAMES OF THE PERSON MARRYING HER.
Next Criminal Paul Kagame is the Vasco da Gama, Christopher Columbus and Marco Polo combined into one