God, this dictactor is a typical liar. I thought after the financial time investigation, the man would stop reading or mentioning cooked up – doctored economic figures.

During yesterday’s RPF political bureau meeting, a tired looking criminal Paul Kagame told his goons that his potato enclave is breaking economic records, stating that last year – 2018 economic growth – GDP was 8.6%, telling the delegates that economic growth was evenly distributed. He further told his goons that during the 1st quarter of this year, 2019, the economy grew by 8.4% and in the second quarter of 2019, the economy grew by 12.2%. While the world is experiencing next to recession economic growth averaging 1.8 – 3.5%, criminal Paul Kagame is breaking records. Sic! 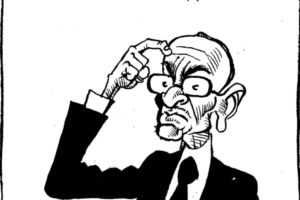 Where does the potato enclave get this miraculous growth? Since 2000 to present, the enclave has been registering yearly – average economic growth of between 7% to 11%. Despite this growth, the potato enclave can’t raise its national budget with around 50% coming from donor countries. While countries like Burundi are able to raise around 80% of their national budget depending on less than 20% from donor countries.

We all know that economic growth is all about increase in aggregate demand (AD), and this isn’t happening in the potato – enclave. The enclave’s banking system has the highest interest rates, the wages are stagnant with civil servants i.e nurses, teachers, lecturers…etc spending months without being paid, highest tax system in the region, financial instability due to political interferences…etc; these remedies aren’t good for increasing aggregate demand thus affecting the economic growth that criminal Paul Kagame was preaching about.

Another factor in economic growth, it’s that of increase in aggregate supply. And reality on the ground says otherwise, Criminal Paul Kagame and his family are the only investors in the country. Productivity is next to zero because of lack of investment, failed economic policies and untrained human capital. All factors that support an increase in aggregate supply don’t exist. However, the satanic system will still come out with doctored economic figures which creates images of economic miracles.

Which sector of the economy that has been supporting this miraculous economic growth? Obviously, it’s not manufacturing because the potato enclave exports next to nothing, with huge trade deficits. Is it the service sector that has been supporting these yearly economic miracles for the past 20 years? There are three key elements in this sector, 1) Banking system, in case of Rwanda, it’s small, highly monopolized with political interferences and unpredictability. 2) The tourism sector, this part of service sector has refused to kick start despite pouring millions in a mad man’s marketing adventure with Arsenal FC 3) ICT, the country’s low human capital explains everything.

With 10 years of yearly – average economic growth of between 6% to 8%, turned Tiger countries from developing economies that was based on agrarian and fishery economies into developed economies thus donor countries. 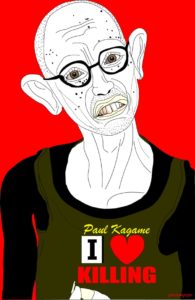 In case of the potato enclave – Rwanda, the satanic system has been showing average economic growth of between 7 – 11% for the last 20+ years. Trust, with this kind of growth, Rwanda would have been a donor country, but not a poor enclave that is highly indebted with failing institutions.

It is only an insane person who would believe that a country that has been registering miraculous and remarkable economic growth for the past 20 years can continue borrowing from different institutions and private lending sharks. Now, the potato enclave – Rwanda which has the size of great Kampala including central Kampala or the size of North Kivu region, has surpassed $5 billion USA dollars of external debts without including internal debts.

Economic growth and borrowing can’t work hand in hand, it’s economic recession or economic stagnation that works with borrowing. The massive, yearly borrowing by the satanic system demonstrates that the potato enclave is far from realising the miraculous economic recovery/growth; ignore the cooked and doctored statistics from a stalinist totalitarian junta.