Kagame And Mpambara Appeared Troubled As They Separated

(1) Accumulate and centralize power as an end in itself;

Kizito Mihigo will forever remind Rwandans the notoriety of Paul Kagame and Ines Mpambara. It was Mpambara who gave Mihigo the deadly ultimatum: apologize to Kagame for your reconciliation song, or you die. Mihigo was later to die in police custody as did another man Mpambara had hated with passion. Dr Emmanuel Gasakure who was Kagame’s personal doctor was killed at the same Remera police station five years before Mihigo. 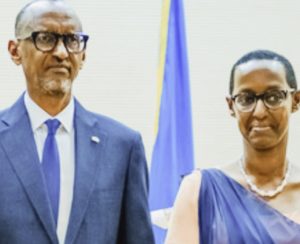