In the world of spying the biggest weapon female spies use is sex, says a top security official who spoke to this website on condition of anonymity.

Very beautiful female operatives are used by governments across the world to set up what the security official termed as “honey trap.”

He adds that, similarly “honey traps” can be referred to as “honey pots” a favourite spying tactic as long as sex and espionage exist.

“It is very hard to resist such kind of temptation usually for a man. That is how female spies end up extracting information very easily,” the official added.

This tactic is as old as humankind tracing its roots in the bible when the strongest man Samson was betrayed by Delilah who revealed his weakness was in the hair to the Philistines in exchange for 1,100 pieces of silver.

Similarly, TrumpetNews has learnt with authority that Kigali was using same tactic against officials in Kampala.

One of the female spies allegedly sent by Rwanda who frequented Kampala in the recent past until her government regulated citizens’ movement into Uganda has been identified as Dianah Kenty. 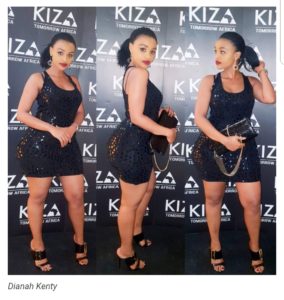 Security describes Kenty as she prefers to be addressed as terribly beautiful woman who no man can resist.

Kenty, security understands had no known business in Uganda but would fly into the country every after two weeks and would travel business class.

While in Kampala Ms. Kenty resided in posh hotels in Munyonyo and Kololo and also stormed high-end hangouts in Industrial area and Acacia avenue.

“You would never find her drinking beers, she took only whiskeys and wine. At a time of retiring home, a special hire was always available waiting,” a security source added.

Kenty was always in company of equally pretty Rwandan ladies whom she seemingly ‘distributed’ amongst men in clubs.

While in club Kenty was comfortable hobnobbing with Kampala’s known partiers while at the hotels where she stayed, she would never allow anyone even her friends visit.

It is understood that that is when she would be meeting government officials. 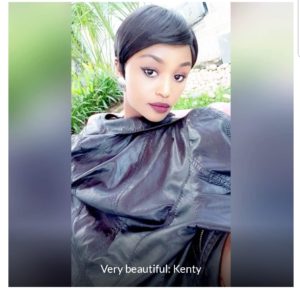 “She had established many contacts in police mostly to a point that she had become the untouchable,” added a source.

At some point she would be accorded lead car as she left her hotel to storm bars.

What startled security is that back home, Kenty doesn’t own even a tomato stall.

But how she facilitated her lavish life had started worrying some of her friends.

A few months go when Uganda- Rwanda relations had started worsening and becoming public fodder, Dianah Kenty turned busy and would rarely be seen, although she remained in Uganda.

“Even her friends couldn’t reach her. She was very rare,” added a source.

Security would later establish that at that point she was working around the clock to finish the job as time was up since the frosty relation had been exposed by the Ugandan media including faces of spies who were operating behind the government of Uganda.

Hell broke loose when Kenty developed bitter understanding with fellow girls who accused her of “stealing” their men.

She lodged a complaint at Kabalagala Police Station that she had been assaulted.

As police planned to swing into action and arrest the suspects, Kenty was briefed that the accused were willing to expose her identity as Rwandan Spy.

“She rushed to Kabalagala Police withdrew the case parked her bags and left Uganda for good,” security source said.

TrumpetNews has also learnt that Kenty had previously been arrested but was released shortly.

The intelligence brief obtained indicates that this Rwandan lady had been targeting top government officials for espionage.

Ugandan President Yoweri Kaguta Museveni early this year expressed discontent at how Rwanda was operating behind his government.

Security in across the country arrested many Rwandan citizens who were spying on Uganda.

Those that have masterminded kidnap of fellow citizens remain in Ugandan custody.

However, Rwanda claims that its innocent citizens had been arrested, harassed and tortured while in custody.