JEANNE MUKAMURENZI’S REACTION TO RWANDA’S 10TH RATED CELEBRITIES WHO MOURNED AND MADE NOISES ON THE BRUTAL MURDER OF BLACK AMERICAN GEORGE FLOYD.

Even though no one heard Kizito Mihigo plead to his tormentors when he was being tortured prior to his death, I’m quiet sure that he pleaded with them that he couldn’t breath. Question

Thousands of Rwandans who have been dying in Kagame’s secret torture chambers, their lives don’t matter? This question goes to those so called Rwandese celebrities who are busy making noise about Floyd’s death when they fail to demand justice for their fellow Rwandans who are tortured to death by Kagame’s thugs in the police and military uniform.

You hypocrites, your fellow musician, Kizito Mihigo was recently murdered, you even flailed to escort him to his final resting place. You were all quiet when the world was in shock following his untimely death, when the demand for independent investigation was being made, you all went mute. 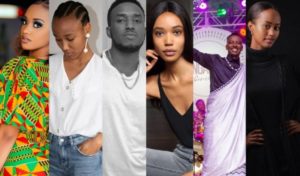 The happening in Rwanda should be condemned by all well meaning world citizens.

I look forward to seing the the day when the world will come together to condemn the happening in Rwanda where citizens are brutalized by Kagame’s regime.