Today we say farewell to a fine soldier. To a husband and father, to a brother. I had the honour to serve by Camille Nkurunziza’s side in the Presidential guard unit. 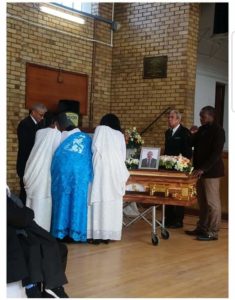 It was a hard and demanding job that Camille‘s sense of humour made easy for many of us to cope.Camille was a highly principled man whose sense of duty and love of country could not be bent or corrupt.

He preferred the austerity of exile to the compromise of the ideal of democracy that he regarded as highly as his military honour. 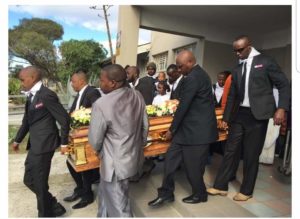 My brother Camille, was above all a family man. He was a loving husband and protective father to his four children. To his family I say today, that you must be proud of him and of his impeccable legacy no matter what smear campaigns the dictatorship he fought courageously fabricates to hurt and discourage your celebration of his memory. 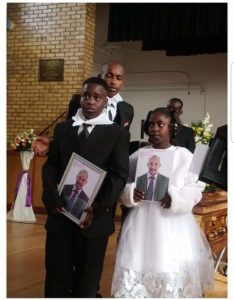 Camille was a hero in his own right for a hero is someone who has given his life to something bigger than himself.

He was David to Goliath.

He dared what even those who outranked him in military hierarchy did not.

He feared nothing. He lived his fate through.

He was a commandant who delivered.

He stood tall and resilient in the face of adversity. 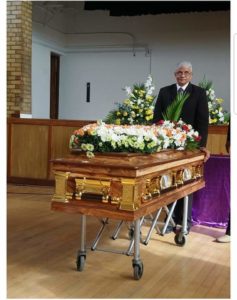 We will live by his example and continue the battle for democracy in honor of him. 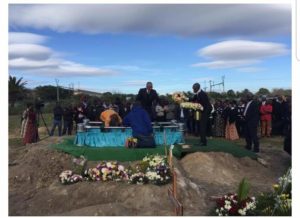 Because Camille would not want my farewell to him to be long and boring, I would like to end this address by saying that he will not be missed because he will be remembered every step of the way until we meet again.Farewell Brother, I respectfully salute you.