On the 18/11/18, DMI run tabloids published the death of Olga Mugege as suicide. They noted that she had jumped to her death from Hotel Ubumwe’s 10th floor, the security services concluding as suicide before carrying any single investigation, thus closing the case without an investigation.

A question: was Olga Mugege suicidal? From all sources contacted, and her friends’ messages, all point out as a person who couldn’t dare take her life, especially her attachment, bond and spacial love to her son (Name withheld.) All who knew her emphasise that in a million times, Olga Mugege wouldn’t take her own life or ever think of committing suicide.

Her Arrival in Rwanda

Olga Mugege came to work to Rwanda in 2017 as a project manager after being posted in the region by her new employer – Burda which has a head office in Munich, Gemany. In 2016, Burda international had opened an east African operational office in Rwanda, this office also covers IGAD countries.

It is from this background that Olga Mugege a naturalized Belgium citizen of Burundian decent came to Rwanda, she came as an expert worker for Burda International. Prior to that, she had worked in the banking sector both in Brussels and London.

Her Life in Kigali

According to different sources close to her, once in Rwanda, Olga Mugege didn’t date any Rwandan or African, after a while, she then started seeing a white married man. These sources continue to note that the married man was a senior diplomatic official in Rwanda, an embassy diplomat of one of the western super power country (country withheld due to request by my sources.)

Reasons for her assassination

According to my sources, Rwanda’s National Intelligence and Security Service (NISS), came to suspect that this diplomat dating Olga Mugege was a senior intelligence agent of his country, and held beliefs which are anti Kagame. This was after criminal Paul Kagame being asked difficult questions in whichever trip he made to this western super power country. Criminal Paul Kagame wondered who was briefing detailed information about him and his regime to this foreign country.

DMI being a terrorist organisation that most of the time operates on guess work and suspicions, they suspected the diplomat who was dating Olga Mugege as the source of these briefings, because the diplomat was posted to Rwanda few months before tough questions started landing on criminal Paul Kagame and his autocratic administration.

The first person that NISS discovered who was close to this diplomat was Olga Mugege. NISS spent months trailing and collecting information about Olga Mugege. NISS field and case operatives found out that their relationship was merely based on love than any subversive activity.

Then, Rwanda’s National Intelligence and Security Service (NISS) did what Criminal Paul Kagame’s intelligence services do best, trying to recruit someone who is close to the target. This is when Olga Mugege was approached with the proposition to work for them. Olga Mugege’s background, as an educated person who grew up in a western democracy totally refused citing lack of training or know how to carry the spying mission especially in trying to find out specific information from his boy friend.

In their questioning, NISS operatives wanted to know if she ever mentioned names of Rwandans. These NISS operatives found out that she has no single idea, as the girl only knew her boyfriend as a mere diplomat, nothing else. NISS warned her against ever trying to tell the boyfriend about their approaches to her or ever telling someone else. And warned her against ever leaving him, due to NISS approaches.

According to sources, prior to her assassination, NISS approached her with spy cameras and instructed her to find ways of taking naked/nude pictures of the boyfriend. As usual, they promised her heaven on earth. Due to fear, the girl took the equipment after being briefed on their use manu. And for weeks, the girl didn’t bring any nude photos of this diplomat to her NISS handlers. Olga Mugege kept on telling them to be patient. She will bring them, citing lack of proper opportunity to take them without being caught.

The trigger for her assassination

Criminal Paul Kagame’s land is a closed police state, the junta regime controls all walks of life. According to these sources, Olga Mugege bought an air ticket to travel to Belgium slated for December. This raised alarm bells among NISS operatives who were following this case.

With Olga Mugege failing to work for them and even refusing to provide compromising pictures of the target, NISS became agitated that she may have told the target about DMI’s plans. Prior to her assassination, the target had reduced days to meet the girlfriend, meeting her only on Saturdays, and when NISS agents asked Olga Mugege why he no longer meets her on regular basis as before, she told these assassins that he is busy with work, compiling end of year reports.

When NISS found out that she had bought an air ticket, they came to a conclusion that she is playing them and she was trying to flee the country back to Belgium. For NISS, they wouldn’t allow her to leave the country because she already knew enough.

On 17 November 18, as usual, she booked a room in advance at Hotel Ubumwe. In all her meetings with the boyfriend, she would be the first one to arrive and the boyfriend would arrive later. And on Saturday, she went to the hotel reception and was located a room on 8th floor, not 10th foor as DMI papers indicated. Once she entered the room, she found NISS operatives waiting for her in the room.

Obviously, inside the hotel room, she must have been interrogated through torture, but according to different sources, these operatives are the ones who through her out of the room Windows. Some sources also point out that she was also raped by these mentally sick assassins before being assassinated in what they termed as suicide.

According these sources, the boyfriend arrived 30 minutes after her arrival, but he was told that she isn’t around and no one has booked a room under those names, and since they were regular customers reception staffs knew them.

Who ordered her assassination

As all high profile assassinations, such assassinations are approved directly by criminal Paul Kagame. And this heinous assassination was closely directed by NISS director, Maj Gen Joseph Nzabamwita. 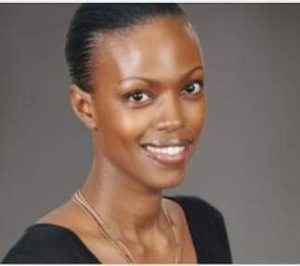 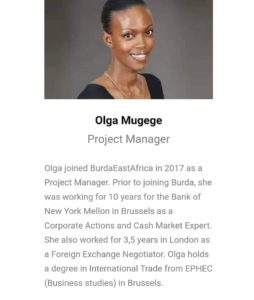