Dear all and friends on Facebook, I am humbled by your overwhelming messages in my inbox concerning my security and whereabouts, and I want to a sure you that I am perfectly fine and thanks for the love.

However, I have two points to make in this writing today, one is the continued harassment of the banyarwanda community by the Rwandan embassy officials in Uganda and some government officials from Rwand. Another issue is of the on going killings of the banyamulenge in south Kivu, by Rwanda forces.

I believe that by now those that have been following my story, know that I am passionate about people’s rights and freedoms, as a result of my husband being a victim of Rwanda’s continued terror activities in this great lakes region.

Following his kidnap, therefore, I and a group of other victims and activists, formed a human rights organization by the name of FREEDOM OF THOUGHT, which focuses on two affected groups of the Rwandans living in Uganda. 1) Rwandan refugees and 2)Ugandans of Rwandan origin.

This, however, didn’t mean that we didn’t want to defend the rights of other people, but we focused on these two groups because they were endangered groups that was being targeted by the Rwandan regime.

We have for the past two years been traversing the cattle corridor in Uganda, trying to sensitize these cattle keepers, immigrants and refugees about their rights and duties in this country.

This therefore has put us in constant contact with these communities and this brings me to the issue of one gentleman by the name SAM BATARAGAZA.

This gentleman, who commands a big following throughout the cattle corridor, due to his mobilisation and leadership skills was arrested by our security operatives more than a month ago due to his constant contact with the Rwandan embassy officials and some generals from across and this led to overwhelming pressure by his people towards me to have him freed and yes he has since been set free.

This incident has however reminded me to again emphasis my call to these officials, and telling them that while we leave with the pain of seeing them on the streets of Kampala, well knowing that they are the cause of suffering and death to our husbands, brothers,  fathers and relatives.

We shall however not allow them to continue harrasing our people, convincing them to serve the interests of Rwanda. its on this premise therefore that we have moved to petition the relevant ministry to reign on these so called diplomats, seeing that they have failed to leave by the rules of engagement, and so they should be given boundaries of their area of jurisdiction and be reminded that there are no Rwandan diaspora in the cattle corridor and if they insist on going to these areas to coerce our people, there government should not close their airport, since their borders are closed, if anything undiplomatic happens to these diplomats, if they keep going to where they aren’t wanted.

My second point like I said, it is about the Banyamulenge people. Like you all know by now, I am married to these people’s cultural leader, who was kidnapped and is still being held in a safe house in Rwanda.

Due to this relationship, I am constantly following their issues, since they are my children’s kinsmen, as a Pan Africanist and a rights defender, I am concerned about their plight. 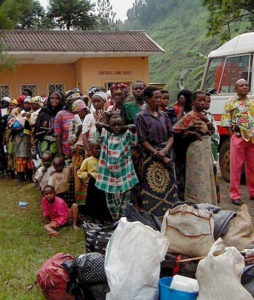 For the past three weeks, these people have been mascread to near extinction, by a group of seven hundred RDF soldiers that was deployed in South Kivu, plus a militia group called Mai Mai, that is armed and funded by Rwanda, plus a Burundian rebel out fit called Red Tabara,which tried to oust president Nkurunziza in a failed coup d’Etat’s some years back, which is also Rwanda funded.

My call goes to the banyamulenge people, all over the world to come together and save their heritage, for the plan is to destroy them completely.

While we, who are concern about their suffering can try to amplify their predicament for the world to know, the onus is upon them, to stand up and save their mother land. 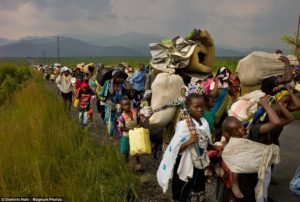 As for those who don’t know about these people, the banyamulengye from mulenge are to Congo, what Bafumbira are to Uganda, they have no ancestral homes in Rwanda, for they were left in the Congo by the partition of Africa by colonialists.

Therefore its an act of aggression and sovereignty violation for Rwanda to force these people to a country that they don’t call home, taking advantage of the ineffective government of Congo.

Till next Sunday, stay blessed.

Previous CALLIXTE SANKARA DOSSIER: A COOKED – FABRICATED DOSSIER AGAINST INNOCENT, PERSECUTED AND PATRIOTIC CITIZENS.
Next THE J3 GANG WANTS WAR BY ALL MEANS