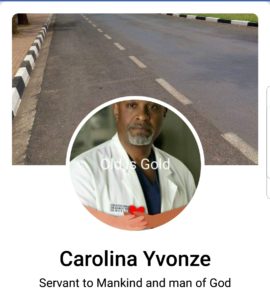 DMI online approach towards those who question the brutal dictatorship will start with softness, move to sinister underpinnings, and if you don’t block the retard intimidations and threats follow.
The mental steps taken by DMI thugs:
1) They will start by praising you, telling you how they support your cause and wishing you the best. They will tell how your fighting a noble cause.
2) Then, they will start telling you that despite everything, Criminal Paul Kagame has done tremendous work, as usual, they will avoid to give concrete example(s).
3) They will start telling you how criminal Paul Kagame is loved by the people. They mix opposition and enslavement with love. The blood letting retards will even go to an extent of comparing a criminal who has killed millions of innocent people to distinguished statesmen.
4) They will start asking you what you really want in order to sell your brain. They will give numerous examples of those who sold their brains for Ceasar’s dime.
5) They will then start reminding you that you have family members in Rwanda and you should start thinking of their safety. They forget their earlier statements that criminal Paul Kagame is loved by everyone or was voted by 99.8% of electorates.
To them, if they can’t get you, then your family should pay despite family members being part of the junta regime.
6) They will then start reminding you of your safety, they will give examples of those who have been eliminated by them/DMI and how it’s easy for the brutal SATANIC SYSTEM to catch up with you.
7) The objectives of all the above, it’s to stop you from expressing your thoughts, beliefs and ideals. To Criminal Paul Kagame and his DMI terrorists, everyone ought to oblige with their twisted concept of abusing all human rights and support their ideology of killing anyone who thinks otherwise.
What these DMI terrorists forget, it’s impossible to crash the struggle for democracy and rule of law. Those who have tried in the past failed miserably. You can never crash truth, you can never suppress verity and criminal Paul Kagame’s status quo of killing who ever questions his brutality, it’s self defeating.
Share