Breaking News
Home » East Africa » DR RICHARD SEZIBERA, ON DEATH BED IN NAIROBI AFTER BEING POISONED BY DMI AT THE ORDERS OF CRIMINAL PAUL KAGAME.

DR RICHARD SEZIBERA, ON DEATH BED IN NAIROBI AFTER BEING POISONED BY DMI AT THE ORDERS OF CRIMINAL PAUL KAGAME. 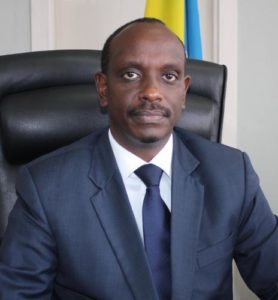 In early July 2019, Dr Richard Sezibera made a visit to UK and France. According to my trusted source within DMI, Dr Richard Sezibera was poisoned in UK under the supervision of Jimmy Uwizeye, Rwanda’s first secretary at their U.K embassy. Jimmy Uwizeye is a notorious external intelligence operative who was declared in early November 2006 a persona non grata in Uganda due to his subversive activities and he was letter deployed in UK for the purpose of building DMI cells across Europe, especially in UK, Belgium and France.

While in UK, Rwanda’s ambassador in UK – Yamina Karitanyi invited Dr Richard Sezibera for dinner at her embassy. We have remember that Yamina Karitanyi rose through the RPF hierarchy by merely being a concubine the death merchant Jack Nziza than her intellectual proficiency or ability. According to this DMI source, it was during this dinner at Rwanda’s ambassador’s house in U.K that Dr Richard Sezibera was poisoned.

Previous KAGAME IS UNFIT TO LEAD RWANDA
Next HOW DOES THE BRAIN OF THE ENCLAVE’S BRUTAL DICTACTOR ROTATE? CRIMINAL PAUL KAGAME IN MOZAMBIQUE