Breaking News
Home » Human Rights - Democracy » Denouncing and refusing to work with the satanic system ruling the enclave has cost the life of an innocent man.

Denouncing and refusing to work with the satanic system ruling the enclave has cost the life of an innocent man.

Denouncing and refusing to work with the satanic system ruling the enclave has cost the life of an innocent man.

Pastor Mugarura, a Ugandan Citizen who was living in Arizona, USA was a man of God who loved mankind and always preached on human rights, human dignity, forgiveness and reconciliation. Pastor Mugarura being a Kinyarwanda speaker refused in all forms to work with the enclave’s embassy in Washington, USA. Pastor Mugarura was always maintaining that is a Ugandan not a Rwandan.

The pastor always distanced himself from the enclave’s diaspora Kagamist groups, and he concentrated much on healing the souls thus putting him in criminal Paul Kagame’s blacklist. According to those who knew him, Pastor Mugarura on several occasions refused invitations from the enclave’s embassy in Washington to attend different functions organised by the embassy.

According to these sources, last year, the enclave’s embassy in USA also asked him if on their behalf, he would invite to USA some regime based pastors for a prayer convention which the embassy was organising, and pastor Mugarura refused noting that it needed the approval of church committee to grant him the permission of him to write invitations. 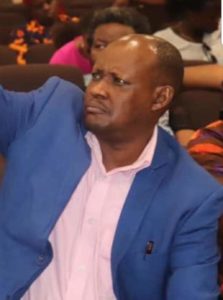 The enclave’s embassy and DMI operatives operating in USA started looking at pastor Mugarura as a gipinga (anti Kagame). And according to a source close to this case, pastor Mugarura was definitely eliminated through poisoning. According to these sources, pastor Mugarura was warned by close friends about an impending target on his head by those ruling the enclave. But the man of God, put faith in Jesus as his protector, forgetting the principle that God helps those who help themselves.

Pastor Mugarura believed that Jesus will protect him from the evil elements ruling the potato enclave. This time it wasn’t the case, according to these sources, DMI elements caught up with him, thus being eliminated through poison.

R.I.P Pastor Mugarura, without doubt, truth and justice will soon prevail against these criminals.

Previous CRIMINAL PAUL KAGAME HAS PASSED OUT HIS WEAPONIZED MILITIAS, AT 12TH ITORERO INDANGAMIRWA.
Next Où Vas-Tu, Rwanda? A guest article by Philibert Muzima, a genocide survivor and author.