Breaking News
Home » Views From Readers » WHAT HAS MADE ASSASSIN BRIG GEN DAN MUNYUZA LAUGH LIKE THIS, TO THE EXTENT OF SHOWING HIS DENTAL FORMULA?

WHAT HAS MADE ASSASSIN BRIG GEN DAN MUNYUZA LAUGH LIKE THIS, TO THE EXTENT OF SHOWING HIS DENTAL FORMULA? 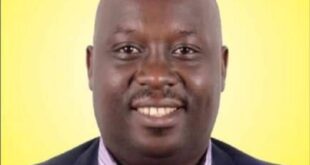 VERY DISAPPOINTING AS MY KAFUNDA BOY – GODFREY AINE KAGUTA SODO IS COERCED INTO PULLING OUT HIS CANDIDATURE FROM MAWOGOLA NORTH PARLIAMENTARY SEAT RACE. 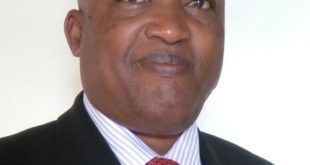 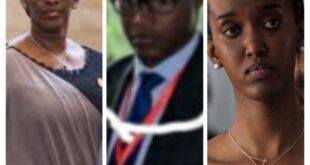 LETS REMIND OURSELVES ABOUT THE USUAL POL – MILITARY SITUATION IN THE POTATO ENCLAVE – RWANDA.

There are three basic things that make treacherous assassin Brig Gen Dan Munyuza smile like in the photo below.

3) Brig Gen Dan Munyuza smiles when a member of J3 is in trouble or being sidelined. J3 network of treacherous assassin Gen James Kabarebe detest and loathe assassin Brig Gen Dan Munyuza to the core. On several occasions J3 under the instructions of treacherous assassin Gen James Kabarebe and death merchant Gen Jack Nziza have fabricated dossiers against Bri Gen Dan Munyuza, dossiers meant for his head, only for criminal Paul Kagame to question the info. After Gen Kayumba Nyamwasa fleeing the potato enclave in 2010, Brig Gen Dan Munyuza went through the most difficult period in his life, he was arrested, tortured and only for criminal Paul Kagame to change his mind few hours before his elimination.

Unfortunately, than changing and blessing God for another opportunity in life; assassin Brig Gen Dan Munyuza went back to serve criminal Paul Kagame, and he continued where he had stopped, and this time, with more brutality in order to appease – dictactor Paul Kagame. But he has never forgotten or forgiven members of the J3 network, especially treacherous assassin Gen James Kabarebe, death merchant Jack Nziza and economic plunderer – James Musoni. And when death merchant Gen Jack Nziza was unceremoniously thrown out of the army, Brig Gen Dan Munyuza held a house party with close friends for the demise of his nemesis, Jack Nziza.

When criminal Paul Kagame assigned him with a mission to destroy James Musoni, a senior member of J3 and a former super minister, assassin Brig Gen Dan Munyuza thanked his satanic god for the opportunity to destroy one of his staunch nemesis within the Satanic system. We all know how economic plunderer – James Musoni was destroy through day time humiliation. The operation to humiliate and destroy economic plunderer – James Musoni was led and orchestrated by assassin Brig Gen Dan Munyuza with blessings from criminal Paul Kagame.

The photo below was which was taken on Saturday, 7th September 19, on your left, it’s a smiling assassin Brig Gen Dan Munyuza and on your right, it’s the Clueless Chief of staff Gen Patrick Nyamvumba. 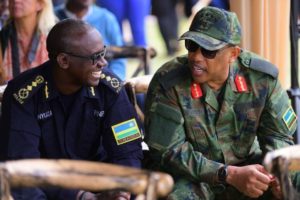 Previous WHERE IS DR RICHARD SEZIBERA? RWANDA’S MINISTER OF FOREIGN AFFAIRS?
Next HISTORY REPEATING ITSELF: SIMILARITIES IN THE LANGUAGE OF DICTACTOR JUVENAL HABYARIMANA AND THAT OF CRIMINAL PAUL KAGAME