The fighting in DR Congo is taking multiple dimensions with RDF batallions engaging on different fronts. Since May 19, Rwanda’s special force units have been conducting operations in three provinces of eastern DR Congo, these are South Kivu, North Kivu and Ituri. They have strategically deployed in what criminal Paul Kagame’s military strategists are referring as the “eastern corridor” along the towns of Aru, Mahagi, Bunia, Beni, Butembo, Goma, Bukavu, Uvira..etc, all in Eastern DR Congo.

On the night of 19th June 2019 to present, there are on and off fightings in zones of Binza, Mweso, Rugali, Kibumba, Kamango..etc, all in North Kivu. And in South Kivu fighting has been raging on and off in Fizi region; and since Monday of this week there have been close contact war fare along the Tanganyika plateau were criminal Paul Kagame’s army with their Burundian rebel allies of Red Tabara and FNL alongside their Mai allies are receiving setbacks from determined Banyamulenge boys under auto defence force of Gumino. 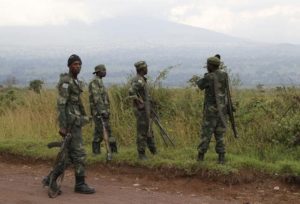 Banyamulenge’s current problems and woes with Kigali, it’s their open refusal to work and collaborate with the brutal SATANIC SYSTEM in their plan to support Rwanda led Burundi rebels to establish bases in Uvira – Fizi Plateau. By refusing to cooperate in this dark project, Paul Kagame started referring Banyamulenge as pro – Kayumba Nyamwasa and supporters of P5 political alliance comprising of 5 political parties.

In the past, Rwanda’s chronicle political – military incursions inside DR Congo, Banyamulenge have always distanced themselves from these mineral resource military adventures orchestrated by Kigali to punder DR Congo. The only struggle that they whole participated in, it’s that of Alliance of Democratic Forces for the Liberation of Congo-Zaire (AFDL) led by Mzee Laurent Desire Kabila. They refused to participate in Rwanda formed and backed rebel movements Rally for Congolese Democracy (RCD), CNDP and M23.

People tend to confuse between Banyamulenge who are habitats of South Kivu and Rwandaphone speakers who are habitats of North Kivu. These two communities have different history and heritage. It’s men and women from Rwandaphone background of Northern Kivu that supported and accepted Rwanda’s plea to participate in their various military campaigns to plunder mineral resources of DR Congo.

Back to South Kivu front, on 30th May 19, at 01:30 AM Rwanda time, Rwanda’s special force batallion with the approval of the already failing government of Felix Tshisekedi entered DR Congo through Manda near Kamanyola, South Kivu.

Once in DR Congo, these Rwanda special force batallions found FARDC military trucks waiting for them which transported them and their materials to Uvira in South Kivu. The operation inside DR Congo was supervised by James Kabarebe’s long time double agent Maj Gen Jonas Luize Padiri. For years, Maj Gen Jonas Luize Padiri has always been on DMI payroll, a money minded FARDC military officer who is ready to sell even his own children for Satan’s dime.

Despite the enormous man power which includes Burundian rebel group of Red Tabara – FROREBU, Mai Mai and two Special forces from Rwanda that has since been reinforced; Banyamulenge are still holding ground against these well armed genocidaire forces which are led, trained and logistically supported by Rwanda.

What has been happening in Uvira – Fizi area against Banyamulenge the new weak president – Felix TSHISEKEDI is in agreement with it, after giving criminal Paul Kagame his green light to conduct operations in South and North Kivu regions of DR Congo.

According to reliable sources in Kigali, President Felix TSHISEKEDI has also allowed Burundian rebels to establish rear bases in South Kivu and directly stopped Armed Forces of the Democratic Republic of the Congo (FARDC) against conducting operations against any Burundian rebels operating in South Kivu, DR Congo.

Just two months into his presidency, the first move that DR Congo’s accidental president – Felix TSHISEKEDI did, was to cancel a military cooperation pact that President Joseph Kabila and Peter Nkirunziza signed in 2016 which allowed Burundian special forces in collaboration with DR Congo Army, to track anti Nkirunziza rebels operating in South Kivu.

Currently, the order to stop FARDC from intervening in what is happening in Uvira – Fizi area came directly from DR Congo’s weak president – Felix TSHISEKEDI. The weak leadership in Kinshasa is a complicity to annihilation of Banyamulenge by allowing free access of genocidaire Kagamist forces to enter DR Congo and its various Rwanda supported rebels to operate freely in Kivu regions.

Previous BELOW A WITNESS’S VERDICT IN THE ASSASSINATION OF KALISA MUPENDE.
Next WHAT MEDIA OUTLETS IN THE POTATO ENCLAVE THAT ARE 99% OWNED BY THE DIRECTORATE OF MILITARY INTELLIGENCE WILL NEVER TELL YOU.