Breaking News
Home » Views From Readers » Kagame Is Not Medically Fit To Run A Country. What Happens When He Suddenly Leaves The Scene?

Kagame Is Not Medically Fit To Run A Country. What Happens When He Suddenly Leaves The Scene?

General Paul Kagame is not medically fit to run a country. He speeches and actions make this very clear. Look at these Kagame bizarre actions in 2019 alone: 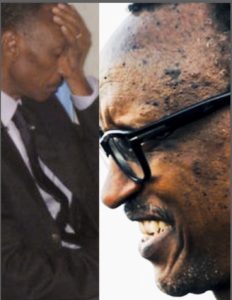 These are not actions and utterances of a normal head of state. These are signs of a medically-troubled ruler.

The question is – what happens when Kagame suddenly leaves the scene?

Which army general will grab power in Rwanda? Watch out. General James Kabarebe is a hungry and ruthless man and ran the military for decades. Might Kabarebe grab power? Is there another scenario in filling the vacuum created by a sudden incapacitation of the current Rwandan dictator, Kagame?

Previous MORE THAN TEN DEAD BODIES PER DAY ARE BEING DISCOVERED IN THE POTATO ENCLAVE.
Next THIS IS REAL LEADERSHIP – TRUE LEADER, PRESIDENT JOHN POMBE MAGUFULI