Kagame’s January 2020 Travels Are Scandalous Even By His Standards.

Kagame’s More Bad News from America – Samantha Power Who Insisted that the Rwandan Strongman Shouldn’t Seek a Third Time, Is in Charge of US Foreign Aid. 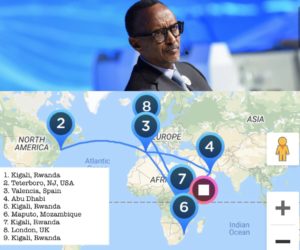 Kagame made an unannounced trip to the US with his two executive jets.

Meanwhile, 0n January 7, 2020, Kagame’s second Gulfstream 650, registration number EI-LSN, left Rwanda, refuelled at València, Spain, and continued onto Teterboro Airport, New Jersey, USA. Teterboro Airport is favoured by the flying elites because it is close to New York City. What was Kagame doing in the New York City area? Why did his second aircraft travel to Los Angeles? None of these issues are clear.

Kagame and his two executive jets left the US for Abu Dhabi via Valencia, Spain

Kagame returned to Rwanda for one day and proceeded to Mozambique 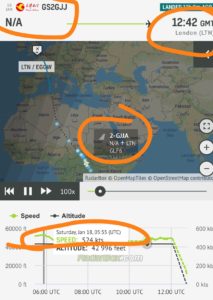 Why did Kagame leave for the UK so early on January 18, 2020? Because he wanted to watch live football. There was a football match between his English football League club, Arsenal and Sheffield on the afternoon of January 18, 2020. Two days later, Kagame attended the UK-Africa Investment Summit on January 20, 2020.

Here is a surprise — Kagame did not attend the World Economic Forum in Davos, Switzerland 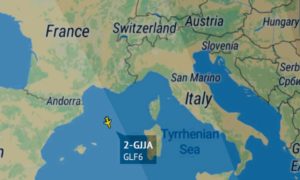 From London, Kagame proceeded to Kigali on January 21, 2020 on his Gulfstream registration number 2-GJJA. He did not attend the World Economic Forum. This is unusual — Kagame is part of the Davos elite and rarely misses a session. Perhaps, Kagame will still shock us by somehow turning in Davos. It is his propaganda platform. Stay tuned.

Previous PRESIDENT MUSEVENI RELEASES DOUBLE AGENTS – CRIMINAL PAUL KAGAME’S COLLABORATORS BACK ON THE STREETS OF KAMPALA
Next KAGAME: THE CONSPICUOUS ABSENTEE IN DAVOS