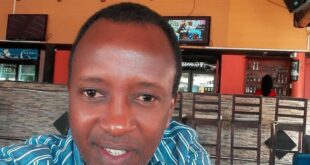 We Shall Defend Uganda From Enemies Within And Outside.

In Rwanda, Criticising criminal Paul Kagame is punishable by either kidnapping/disappearance, incarceration or death. For young Shyaka Gilbert, he was kidnapped in early September 2021, and up to now no one knows his whereabouts.

On the 16th September 2021, the same bloodthirsty Directorate of Military Intelligence (DMI) kidnapped his wife Antoinette Dushimirimana. And she was released after 4 days of enhanced interrogation.