LATEST FROM THE SATANIC WEDDING WHICH TOOK PLACE SATURDAY.

As noted in my Saturday post, due to negative commentaries on the photos which where shared on social media during the introductory ceremony made the Kagames to take full control and set restrictions on who is allowed to take the wedding pictures.

Phones and photo cameras were prohibited in the satanic ritual wedding; everyone who attended was removed his/her personal mobile and kept in lockers which were guarded by members of the presidential guard.

According to my source photos and wedding videos were being taken by members of the presidential press unit. 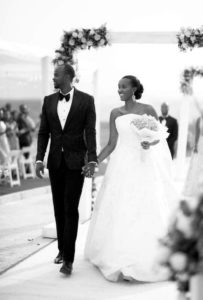 Previous SUNDAY LETTER FROM PROSSY BOONA
Next FORMER CRIMINAL PAUL KAGAME’S PET, BOSCO NTAGANDA HAS BEEN CONVICTED OF WAR CRIMES AND CRIMES AGAINST HUMANITY BY ICC.