According to sources, he has been totally healthy without any single complaint until yesterday morning when he started vomiting blood and he was rushed to Aga Khan Hospital where he died due to multi body failures. 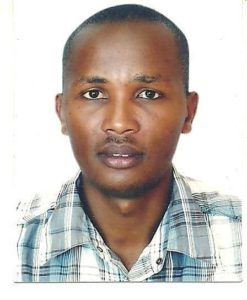 Journalist Ndorimana Semana alias Kanuma Christophe was also the owner of Ihame.org, an online news outlet which he started this year. And he has been publishing detailed insight analysis on the crimes of RDF in DR Congo.

According to sources, in 2017, he survived an assassination attempt on his life, a move which made him go dark and not appearing on social media only reappearing when he thought that his personal security was secured and safe; two years down the road, DMI operatives have caught up with him.

Since 1996, Rwandans living in Kenya, like those ones living in other parts of the world have met the wrath of DMI terrorist franchise. Notably Seth Sendashonga, Col Theoneste Rizinde, Emile Gafirita, Captain Jean Chrysostome Ntirugiribambe…etc. This time around, it was the turn of journalist Ndorimana Semana alias Kanuma Christophe to fall at the hands of criminal Paul Kagame’s DMI terrorist franchise.

R.I.P NDORIMANA SEMANA ALIAS KANUMA CHRISTOPHE. FOR US WHO ARE STILL ALIVE, THE STRUGGLE CONTINUES.