Blame criminal Paul Kagame on anything else, but not on purchasing military hardware that he may deem fit to protect his satanic regime. 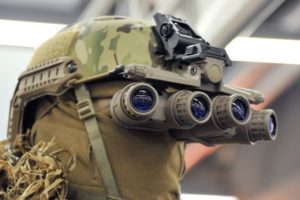 The first delivery was for criminal Paul Kagame’s presidential protection brigade which is estimated to have more than 5000 personnel and special force Brigade.

A military source within  RDF noted, “Special force boys were able to destroy Burundi’s military detachment in Kibira during the recent military incursion in Burundi because of these night vision goggles.”

Previous PARTY OFFICIALS AT RPF SECRETARIAT ARE CELEBRATING AFTER THE RECENT PROBLEMS OF AN RPF CROOK AND A J3 THUG, AIMABLE BAYINGANA. PART 1
Next J3 PLANTING SEEDS OF DIVISION WITHIN CRIMINAL PAUL KAGAME’S MILITIA ARMY – RDF.