Breaking News
Home » Views From Readers » NOW, IT IS A MATTER OF WHEN NOT IF, BLOODTHIRSTY DICTATOR PAUL KAGAME IS A GONE CASE.

NOW, IT IS A MATTER OF WHEN NOT IF, BLOODTHIRSTY DICTATOR PAUL KAGAME IS A GONE CASE.

Criminal Paul Kagame is going, without any single doubt the bloodthirsty criminal is going, and currently he has started feeling about it. It is no longer about years, it’s about when.

The bloodthirsty dictator has avoided the public at all cost, with exceptional of a recent video press conference after rumours had started circulating that his dead. It needed fake death rumours from DR Congo and Burundi bloggers to force 57Kg skinny deranged dictator out of his bunkers.

The bloodthirsty skinny dictator is tired, and those around him have started waking up to reality, that they have been serving a deranged serial killer who is supposed to be in a psychiatric ward. In his 1917 master work, “The state and Revolution,” Lenin noted, “when people around you start doubting you, just retreat before a revolution of angry people sweeps you.” In his work, Lenin wrote extensively on proletarian revolution. 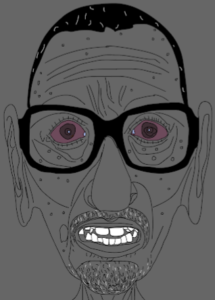