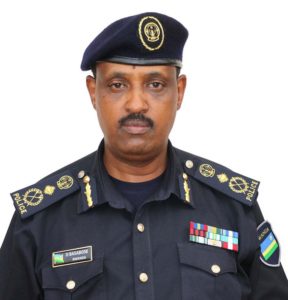 In early 2019, intelligence operatives reporting to assassin Brig Gen Dan Munyuza stole Police Supt Kibogo’s phone; and DMI’s forensic department found nothing in his phone that may pin him to anti Kagame dissident organisations or communicating to any foreign intelligence organisation.

Within the potato enclave, being associated with someone in DMI’s class A files attracts assassination. DMI’s class A files are composed of those individuals who have been assigned by DMI with the approval of criminal Paul Kagame for elimination at all cost, and Brig Gen Abel Kandiho and Rugema Kayumba are on top of the list of those individuals being hunted for elimination at all cost. By mentioning that Supt Kibogo was a CMI mole within Rwanda’s security apparatus was a red stamp for his assassination.

To spice up the fake intelligence report, assassin Brig Gen Dan Munyuza pointed to his criminal  boss that some of Supt Kibogo’s family members living in diaspora are staunch RNC supporters.

We have to remember what criminal Paul Kagame told death merchant Gen Jack Nziza in 2011, “when you arrest an RNC suspect or sympathiser don’t bother asking me anything, deal with him/her in whatever way you think is fit.” And death merchant Gen Jack Nziza went in campaign of brutally killing innocent people. And this past weekend of 30th Nov 19, it was the turn of Supt Kibogo to be eliminated under flawed, fabricated and fake information.

Criminal Paul Kagame is a paranoid dictator who acts on any fake and fabricated intelligence information without cross checking, traits of coward dictactors.