Response to Rwanda’s wild accusations against Selfworth Initiative by the Rwandan Government.

We are in receipt of the statement on the Release of Rwandan Nationals by Uganda, issued today 19th February 2020 in which the Rwandan Government through the Ministry of Foreign Affairs is erroneously and falsely accusing Selfworth Initiative and its leadership as members of Rwandan National Congress (RNC) and working in deception. 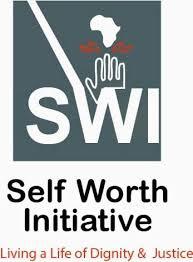 This is to categorically deny and condemn in strongest terms possible as not only seditious but as utter gossip to an organization that is dedicated to the defence of humanity, dignity and justice of the voiceless and vulnerable people whose rights are under serious threat by the powers that are.

“We are not members of any Rwandan political party either inside or outside Rwanda but human rights activists who defend the voiceless and vulnerable people in Uganda and these include among others refugees, asylum seekers and Ugandans of the Rwandan origin who are a key targets and victims of Rwandan aggression. We are not and don’t need to be RNC or associate with any Rwandan opposition group to condemn the kidnap, murder and illegal repatriations of Rwandan refugees, asylum seekers or anyone that at risk of Rwandan aggression. All we are calling for is for Rwanda to respect the territorial integrity of Uganda and its citizens including refugees or asylum seekers. Defending rights, freedoms, justice and Humanity has no race, tribe, citizenship or country.

Associating us to be RNC is the usual Rwandan blackmail and propaganda when they fail to be reasonable in defense of their gross human rights violations that extends beyond borders.

However, we really understand the Rwandan Government frustration against Selfworth Initiative and its leaders because it has been at the forefront of defending the rights of refugees and asylum seekers who are mostly targeted by the Rwandan government. Our call is respect for a life of dignity and Justice for all Ugandans including refugees and asylum seekers,” says Boonabana Prossy, the Executive Director of Selfworth Initiative.

Prossy Boonabana like dozens of other women and men is herself the victim of the Rwandan aggressive activities in Uganda. Her husband Rwema Gerderme was kidnapped from Uganda in 2015 and has since been incarcerated in Rwandan safe house with any due course of the law and has never received justice. His children and family equally need to see him but instead, the Rwandan government is harassing Prossy by falsely branding her a terrorist together with her fellow activists.

In brief, Self-Worth Initiative (SWI) is an independent, non-religious, non-profit-making, non-political and non-governmental organization founded and based in Kampala-Uganda with pro-poor development activities in poor semi-urban and rural areas across the country. At the heart of the organization’s pursuit is the quest for sustainable inclusive approaches to deepening democracy and access to justice in order to ensure that every citizen lives a life of dignity and is able to independently exercise his/her potential.

SWI Vision is a Self-Sustained Society Free of Poverty and all Forms of Injustice were Men, Women, Boys and Girls are Champions in Promoting Social Justice and Equitable Development.

Previous LATEST FROM POTETO ENCLAVE’S CAPITAL – KIGALI: THE BRUTAL TORTURE OF KIZITO MIHIGO BEFORE HIS ASSASSINATION.
Next NOTABLE INNOCENT RWANDANS WHO HAVE BEEN BRUTALLY ELIMINATED BY CRIMINAL PAUL KAGAME AND THEN TURN AROUND WITH LIES THAT THEY HAVE COMMITTED SUICIDE