BREAKING NEWS: BAFUMBIRA BOYS WITHIN PILATO’S MILITIA ARMY – RDF ARE BACK TO RWANDA AFTER A YEAR OF SNIPER – SPECIAL FORCE MILITARY TRAINING IN SOUTH KOREA. 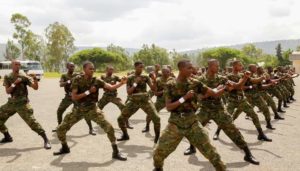 As Rwandans in Rwanda shied away from joining Pilato’s militia army – RDF, the recruiters turned to diaspora recruiting any able person with a single Rwandan blood, thus double agent Kale Kayihura being one of the recruiter in Uganda, especially unemployed degree holders roaming around Kampala.

Between 2013 and 2016, Uganda became a fertile land for Rwanda’s police and army conscripts. Most of these boys went through Cadet training, NCO training and civil intelligence training. 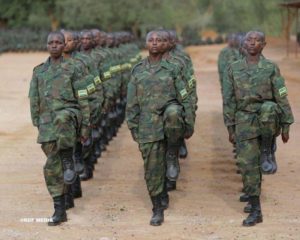 According to various crucial sources, those that joined in 2016, went through the normal routine of basic military training of 1 year, than sending all for cadet course since they were all graduates from various institution; RDF selectors, obviously with instructions from above, only sent those Rwandans with no connection to Uganda for cadet courses, while those boys from Uganda were sent for specialised military training. 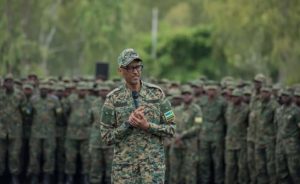 In 2018, after this training at Gabiro combat Training centre some of these boys were deployed in special force Brigade, others deployed in DMI, few where sent to different military schools and more than 35 sent to South Korea for advanced special force training; sniping and target elimination being a core objective of this training.

According to my reliable sources, those from South Korea returned back to Rwanda a week ago after a year of advanced military training. And these sources note that, these boys have all been deployed in DMI under external intelligence wing – Uganda desk. According to reliable sources, majority of these boys who have completed from this gruelling military course are from Kisoro region, in DMI, they are now being referred as Bafumbira boys. 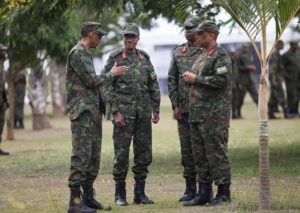 It’s not by mistake that Pilato invested in training these boys from Uganda into deadly auto tuned killer machines. The best training was given to these boys with a view to Uganda’s internal political dimensions.

WHY HAS CRIMINAL PAUL KAGAME DEPLOYED ALL THESE BOYS IN DMI – EXTERNAL INTELLIGENCE WING – UGANDA DESK?

Previous WE REMEMBER A DAY DEATH MERCHANT JACK NZIZA WAS THROWN OUT OF CRIMINAL KAGAME’S MILITIA ARMY – RDF
Next In on going internal war between treacherous assassin Gen James Kabarebe vs assassin Brig Gen Dan Munyuza, who will prevail?