A wise leader would have borrowed such amount, from reputable lenders to tackle the social issues engulfing the Country. For example, building a first class referral hospital to cater for the growing population of Rwanda or expand on existing referral hospitals which are now under heavy pressure due to population increases. Across the country, it has now reached to a point where hospital patients are sharing beds. 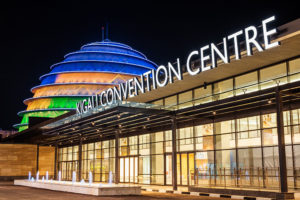 As usual, zombies who think from down, are always lamenting that a white elephant project is a greater investment than a 1st class referral hospital for the suffering citizens.

N.B: Without forgetting, as noted, the Country borrowed around $700 million for the Kigali Convention Centre project, out of the blue, the government released a report noting that, Kagame’s company, Prime Holding Limited which is an affiliate of Crystal Ventures controls 50% of shares. How did Rwanda’s corrupt dictator get these shares? His wealth grabbing policy is unprecedented.

Previous THE LAST WORD – GEN FRED RWIGEMA
Next HOW MAJOR CHRIS BUNYENYEZI AND MAJOR PETER BAYINGANA MET THEIR DEATH: BASED ON THE TESTIMONY OF MAJOR MICHAEL MUPENDE