Breaking News
Home » Human Rights - Democracy » TODAY, THE BURIAL IN RWANDA OF LOUIS BAZIGA WHO WAS ASSASSINATED IN MOZAMBIQUE BY DMI ON 29 AUGUST 19 EVOKES MEMORIES OF A SIMILAR ASSASSINATION OF TURATSINZE IN 2012.

TODAY, THE BURIAL IN RWANDA OF LOUIS BAZIGA WHO WAS ASSASSINATED IN MOZAMBIQUE BY DMI ON 29 AUGUST 19 EVOKES MEMORIES OF A SIMILAR ASSASSINATION OF TURATSINZE IN 2012.

Last week Mr Louis Baziga was brutally assassinated in Mozambique by DMI operatives, the same organisation that he subscribed, in apparent internal power struggle, and DMI under the directive of Claude Nikobisanzwe. 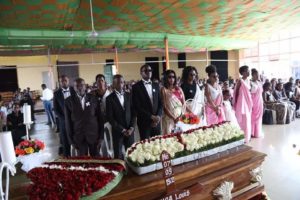 The links below illustrates on the callous DMI assassination against their own, in downtown Maputo, Mozambique on 26 August 19.

Like what happened in October 2012 after the brutal assassination of Théogène Turatsinze in Maputo, Mozambique, under the direct orders of criminal Paul Kagame, the body of Theogene Turatsinze was transported for burial to Rwanda under exclusive expenses paid by the same satanic regime that assassinated him.

Today the same devilish play was demonstrated at the burial of assassinated Louis Baziga. After eliminating him in Maputo, like Theogene Turatsinze’s case, the satanic system exclusively paid for all expenses from Mozambique to Rwanda, and during the burial those who participated in his assassination where present. 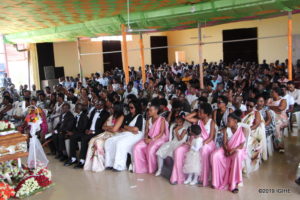 Key in Today’s burial of Louis Baziga was assassin Brig Gen Dan Munyuza, Claude Nikobisanzwe and Didier Rutembesa. The satanic system will eliminate you and in your death, they will attend to mock you.

Dear oppressed, enslaved and starving Rwandans, be assured liberation day is steadily approaching and we are on the side of truth and God is on our outside. The satanic system will be sent back where it belongs, HELL.

Previous PASTOR GREGG BRIAN SCHOOF AND HIS FAMILY HAVE BEEN EXPELLED FROM THE POTATO ENCLAVE – RWANDA, AND ALL HIS WEALTH GRABBED BY THE KAGAMES.
Next IN A DRAMATIC DEVELOPMENT, CRIMINAL PAUL KAGAME HAS JUST SACKED THE CURRENT DIRECTOR OF DMI FOR HIS FAILURES TO ELIMINATE KEY TARGETS.